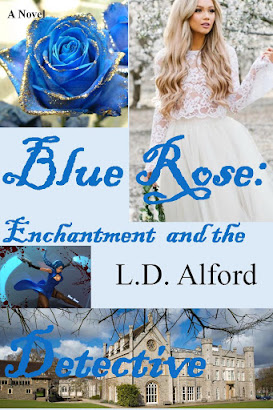 Vanity Fair by William Makepeace Thackeray is one of those British soap operas.  It is in some ways considered one of the first of the Victorian soap operas—they call it a Victorian domestic novel, but it’s a soap opera.  That doesn’t mean it isn’t a god novel, but Thackeray isn’t one of my favorite authors and Vanity Fair isn’t one of my favorite novels.  For the Victorians and the Victorian Era, it was an entertaining distraction.  I would not call it a classic, but it is on the classic list.  Let’s look at the plots in it.

The pervasive plot is money and success.  Success is our achievement plot.  There is no redemption in the novel at all.  We do see secrets and a secret plot, but not a mystery plot.  The secret plot is the note from George to Becky which he proposes running away with her.  This is revealed at the end of the novel and shows the false memory that Amelia had of her husband George.

You can’t miss the war plot with Napoleon and Waterloo.  There is also a vengeance plot with multiple characters.  There is a romance plot, a revelation plot, an achievement plot (mostly the achievement of success and marriage), a travel plot, a rejected love plot and a love triangle plot, and a betrayal plot.

The blood will out plot is very prominent in the novel driving almost all the other plots as the characters wrangle over marriages, position, and rank.  There is a children plot based on the interaction or not with children and heirs.  I did mention the secrets plot that is brought out at the end.

I’ll call Amelia as the protagonist of Vanity Fair.  Thackeray mainly holds to her as the point of view (PoV) of the novel although she is not really a good choice for the protagonist.  Becky is the real power behind the novel and the plotline, but Thackeray could not make the climbing manipulative Becky his protagonist, thus we are left with second rate goods.  Thackeray makes this very clear by having Becky steal the heart of the husband Amelia loved so well to betray her greatest helper and confidant.

In any case, the telic flaw of Amelia is that she wishes to achieve home life, a child, a husband, and contentment.  She just barely can’t get all of these things together, but she certainly tries.  In the end, she does, but not is a means that is expected.  In this Thackeray was moving toward the Romantic plot, but he didn’t quite get there.  It is close, and this is what makes the novel worth reading.

I do have to complain that his protagonist isn’t anywhere close to a Romantic one.  In fact, I think Thackeray picked the wrong person as his protagonist.  You read the novel and think this one through.  In any case, Vanity Fair isn’t a full on classic in my books.  It’s a great novel with many entertaining features.  I’m sure it entertained the Victorians, but not so much modern readers.  It’s worth evaluating.