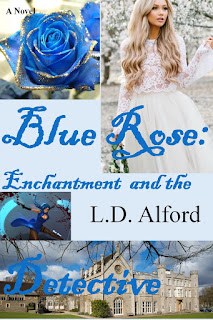 For Novel 32:  Shiggy Tash finds a lost girl in the isolated Scottish safe house her organization gives her for her latest assignment: Rose Craigie has nothing, is alone, and needs someone or something to rescue and acknowledge her as a human being.

If you love to write, the problem is gaining the skills to write well.  We want to write well enough to have others enjoy our writing.  This is important.  No one writes just for themselves the idea is absolutely irrational and silly.  I can prove why.

Why don’t we go back to the basics and just writing a novel?  I can tell you what I do, and show you how I go about putting a novel together.  We can start with developing an idea then move into the details of the writing.

With that said, where should we go?  Should I delve into ideas and creativity again, or should we just move into the novel again?  Should I develop a new protagonist, which, we know, will result in a new novel.  I’ve got an idea, but it went stale.  Let’s look at the outline for a novel again:

Here is my list for the characteristics of a Romantic protagonist.  I am not very happy with most of the lists I have found.  So, I will start with a classic list from the literature and then translate them to what they really mean.  This is the refined list.  Take a look.

1. Some power or ability outside the norm of society that the character develops to resolve the telic flaw.

2. Set of beliefs (morals and ideals) that are different than normal culture or society’s.

4. Power (skills and abilities) and leadership that are outside of the normal society.

8. Overwhelming desire to change and grow—to develop four and one.

9. Pathos developed because the character does not fit the cultural mold.  From the common.

10. Regret when they can’t follow their own moral compass.

11. Self-criticism when they can’t follow their own moral compass.

12. Pathos bearing because he or she is estranged from family or normal society by death, exclusion for some reason, or self-isolation due to three above.

13. From the common and potentially the rural.

2.     At the same time as the above—fit a protagonist into the initial scene.  That means the minimum of:

b.     Background – history of the protagonist

4.     Refine the details of the protagonist

a.      Emotional description (never to be shared directly)

b.     Mental description (never to be shared directly)

c.      Likes and dislikes (never to be shared directly)

a.      Changes required for the protagonist to resolve the telic flaw

b.     Alliances required for the protagonist to resolve the telic flaw

c.      Enemies required for the protagonist to resolve the telic flaw

d.     Plots required for the protagonist to resolve the telic flaw

e.      Obstacles that must be overcome for the protagonist to resolve the telic flaw

I’m not ready to write a new novel yet, and I’m too busy to put the extra time to write an initial scene.

I’ll repeat.  I just finished up Rose, and I want to finish up Cassandra.  I’m moving in that direction.  For now, I’ll focus on the finishing steps of Rose, and then the marketing development steps.  This might get tedious, but I’ll try to keep it meaningful and helpful.

I am into heavy editing for Rose, and I’d like to finish with Cassandra.  I’m using Cassandra as an example for my other blog, so I really do need to catch it up before I run out of material.  In any case, I was going over the basics of real editing.

I’ll repeat myself.  If you have a problem with basic grammar, spelling, and punctuation, you might not have the required level of education to write effectively.  If this is true, you need to get more education and of the correct types.

Repetition isn’t the only simple problem in editing.  This is a level above spelling, grammar, and punctuation, but there is another level above that.

The other problems with word is related to the following list:

This is the secret list of words you need to get rid of as much as possible.  I’ll go over them specifically and explain why.  What I do in my writing is to evaluate every one of these and get rid of the ones that can be fixed.  Here we go.

In English -ly is used to make the adverb form of a work.  There are actually two types of adverbs, natural ones called flat adverbs and formed ones with an -ly ending.  For example, in the sentence, he jumped high, high is an adverb.  You can also write, he jumped highly.  The sentences are different, and although highly is a legitimate adverb—it doesn’t work well with an intransitive verb.  On the other hand, she thought highly of him, is a great sentence because the intransitive verb likes a normal adverb.

What is it about adverbs?  Many writers and those who teach about writing will tell you not to use adverbs.  Some even say never use an adverb.  I think that’s just crazy talk.  Adverbs for intransitive verbs are excellent—that is the use of flat adverbs.  On the other hand, adverbs can be overused.  I’m sure you have heard them.  She wrote furiously.  He spoke capriciously.  And so on.  You can overuse even a good thing, but the problem is that many times adverbs don’t sound right and especially at the end of dialog tags.  For example:

“I don’t know what you are talking about,” Jane back-peddled furiously.  Or worse,

There are problems with adverbs, but I’m not willing to give them up.  They are a great part of speech and sometimes, they are just necessary to get a point across.  So, what to do about adverbs.  Let’s fix the examples at the top of this article.  In the first place, we can use stronger verbs to replace many adverbs.

He walked silently. Becomes: He crept. Or He snuck.  You pick the verb you really want.

She spoke quietly.  This is the classic example:  She whispered.

He moaned frighteningly.  Why not just He moaned.  Or He made a scary sound.  Or He moaned in a frightening voice.  We are adding words to replace adverbs.  Like I wrote, many writers don’t like them at all—I don’t agree with that, but that’s the way it is.

On to the next tomorrow.  Oh, I should write, that in one of my final edits of a completed work, I search for the words above and remove them when possible.  We’ll see more, next.

For more information, you can visit my author site http://www.ldalford.com/, and my individual novel websites: